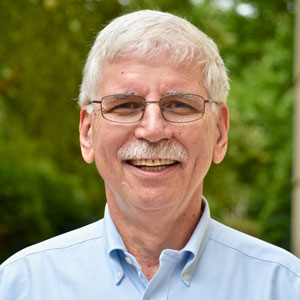 D. F. Duncan is a research professor at the University of North Carolina at Chapel Hill School of Social Work, where he has taught courses in welfare reform, data analysis, program evaluation, and research methods. Since joining the faculty in 1997, he has directed studies on human trafficking, child welfare, welfare reform, Medicaid, homelessness, and food stamps.

Duncan currently leads Project NO REST, a five-year initiative funded by the Children’s Bureau to address the trafficking of youth age 25 and younger in North Carolina. Project NO REST allied with agencies and organizations to build collaborative community responses to human trafficking. These include: prevention; outreach and engagement; screening; emergent services to children and youth who have been removed from a trafficking; and long-term services to survivors of trafficking.

Funding strategies as well as novel and effective data collection methods were developed. The project conducted a statewide outreach campaign to connect trafficking survivors with services through the support of a two-year federal Victims of Crime Act (VOCA) grant allocated through the N.C. Governor’s Crime Commission (GCC). The VOCA grant also supported the development and implementation of a set of five pilot projects that created and implemented a coordinated collaborative response to trafficking in 17 counties across the state. The advertisements appear to have been very effective. The ads directed viewers to contact the National Human Trafficking Hotline for further information, to make a report, or seek services. During 2017, the first year of the campaign, calls to the hotline from North Carolina increased 143% from 2016, from 598 to 854.