Nearly 250 friends, family, UNC and community leaders, social workers, and School of Social Work faculty, staff, and students gathered for a dinner celebration on May 13, 2022, to honor the legacy of Hortense King McClinton, the first Black faculty member at the University of North Carolina at Chapel Hill. 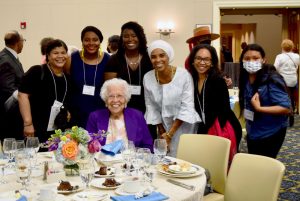 The event, hosted at the Rizzo Center, capped a weekend of historic ceremonies, including the dedication of a newly renamed residence hall in honor of the trailblazing McClinton. For the School of Social Work, the celebration marked the official launch of a campaign to create the Hortense McClinton Legacy Scholarship. The scholarship will support students who are first in their families to attain a graduate education and who exemplify McClinton’s pioneering spirit.

The special dinner also offered the social work community an opportunity to uplift a faculty member who paved the way for other African Americans to join the teaching ranks at UNC, noted School of Social Work Dean Ramona Denby-Brinson.

McClinton, the University’s oldest living social work faculty member, traveled from her home in Silver Spring, Md., to attend both the building dedication and scholarship dinner. At the Rizzo Center, McClinton joyously indulged in the mini reunion of sorts with numerous family members, members of her Delta Sigma Theta Sorority, former students and national and state social work leaders. (Watch members of McClinton’s Delta Sigma Theta Sorority serenade her with their chapter’s anthem.) 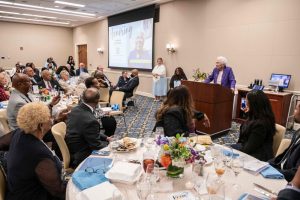 “I appreciate this so much,” McClinton, 103, told the overflowing crowd, many of whom sought to have their photo taken with the social work pioneer as well as her autograph before the end of the evening. “I’m so honored. I’m so happy to see so many friends of mine. I never expected this.”

A graduate of Howard University and the University of Pennsylvania, where she earned her MSW degree, McClinton joined UNC in 1966 after serving as a social work practitioner with the Durham County Department of Social Services and with the Durham Veteran’s Administration Hospital. Although there were no mentions of her hiring in local newspapers at the time, McClinton’s arrival was a significant milestone for a major public university in the South still lingering in the era of Jim Crow.

Many of the event’s speakers, including UNC Chancellor Kevin Guskiewicz and David Boliek, chair of UNC Board of Trustees, noted McClinton’s quiet but persistent efforts to disrupt discrimination and to advance equity not only at UNC but across the academic and social work practice profession. During her tenure at the University, she served on at least 11 campus committees, helping among other goals to strengthen support for faculty and students of color.

“Any social worker looking for inspiration should look no further than Hortense King McClinton,” said Mildred C. Joyner, president of the National Association of Social Workers. “Our queen of social work led the charge to change oppressive practices. She always stayed in the room to contribute to hard conversations, and she worked with others to find new pathways to bring equity to the table. She viewed, revised and even eradicated policies and practices that desperately need to be removed for diversity, equity and inclusion to flourish.

“She achieved her goals with dignity, transparency and respect for all she worked with and for those she worked for. Mrs. Hortense McClinton broke barriers, shattered glass ceilings, hurdled obstacles and gave those who were labeled as others or who were afraid to speak, the gift of hope.”

Gary Bailey, MSW ’84, a member of the NASW North Carolina Chapter recalled his former professor’s passion for the classroom and love for students. Over the years, McClinton was largely responsible for helping connect students to social work jobs around the state.

“Mrs. McClinton paved the way for other African American social workers in North Carolina by removing obstacles and implementing systems to ease their transition from Master of Social Work graduates to full time social workers,” Bailey praised. “Mrs. McClinton is most definitely a national treasure.” 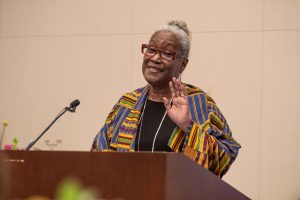 As a long-time faculty member at UNC, Iris Carlton-LaNey often invited McClinton to visit with her classes so that students could better understand how the former faculty member’s legacy “speaks to the centrality of African American women in American history.” Carlton-LaNey, now a professor emerita, said it was equally important for students to hear about McClinton’s childhood in Boley, Okla., once one of the nation’s wealthiest all-Black towns and the place where McClinton’s late father founded Boley First National Bank.

“Just having students meet you and to have an opportunity to talk with you empowered them and it informed them, and it let them know what they were capable of doing,” Carlton-LaNey added. “Furthermore, hearing you talk about growing up in Boley really helped students understand the importance of place. And when you understand place, you can be much more culturally aware.”

With the establishment of the McClinton Legacy Scholarship, the School is also demonstrating its commitment to ensuring that the next generation of social workers are prepared to lead with courage, Denby-Brinson said. 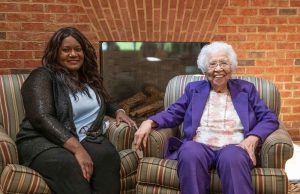 “Mrs. McClinton’s life and work are a reminder to us, that even if we get tired, and in those moments of doubt, we must press forward,” she said. “She persevered and stayed focused on the task at hand. She lifted others and encouraged others to follow on the path she had forged, and she did this for us. She did this for communities, the people that she cared about, and now we must do the same. I hope our students at the School of Social Work recognize their own pioneering spirit, that they never back down from a challenge and that they must always empower those who come behind them.”

To contribute to the McClinton Legacy Scholarship, please visit: https://ssw.unc.edu/give/

View a special video about Hortense McClinton’s life and legacy: Paving the Way for Tomorrow’s Trailblazers 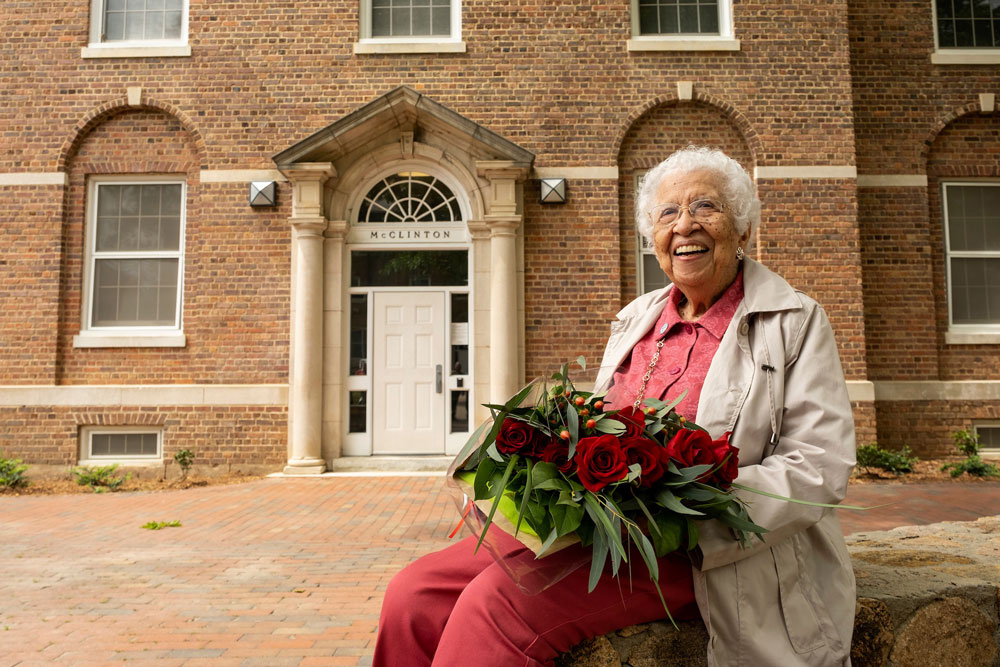